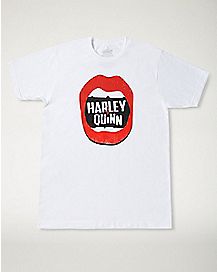 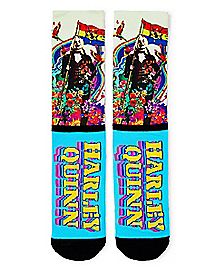 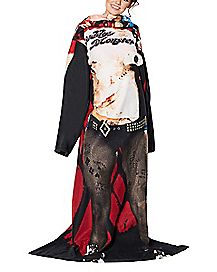 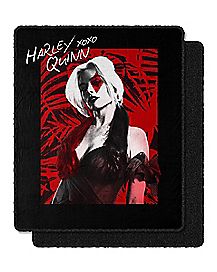 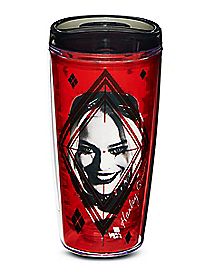 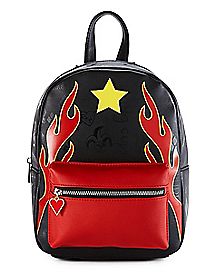 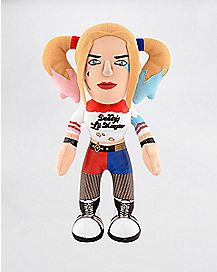 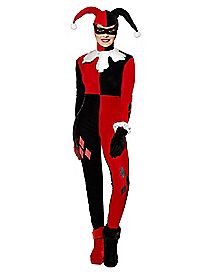 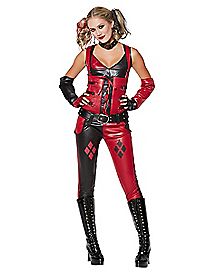 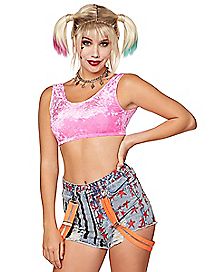 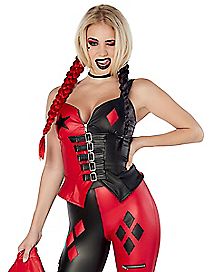 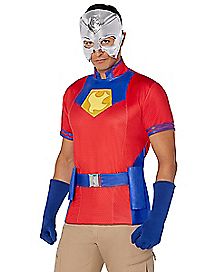 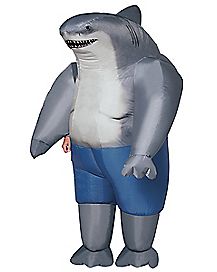 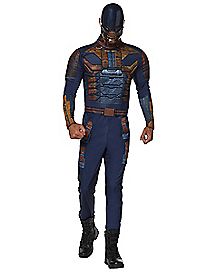 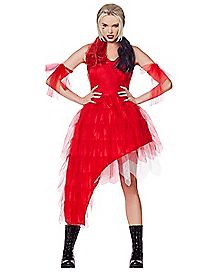 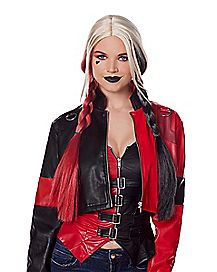 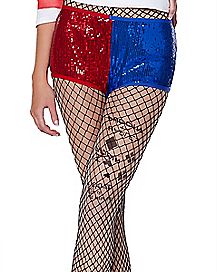 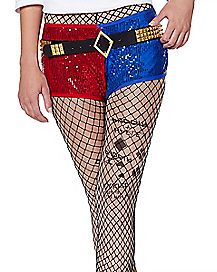 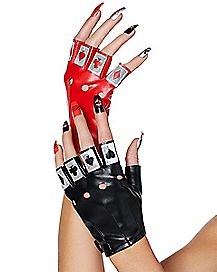 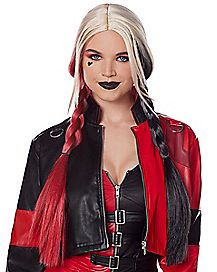 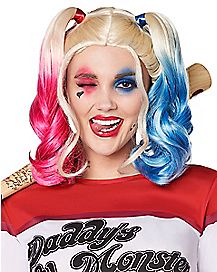 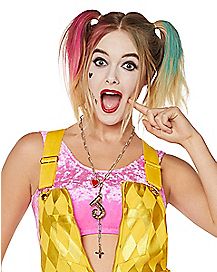 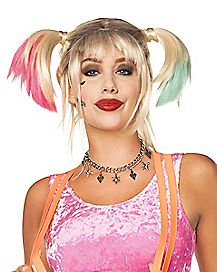 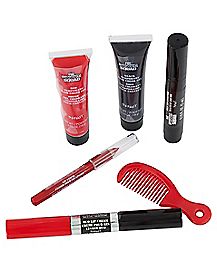 The World of Harley Quinn

If you're in love with Gotham City's baddest chick, then you better pick up some our awesome Harley Quinn merchandise! Spencer's can be your one stop shop for all things Harley Quinn, whether you love her classic jester style or her revamped Suicide Squad look. We have everything from Harley Quinns graphic shirts to accessories that will have you bringing Harley wherever you go. You can even pick up some Harley Quinn posters, wallet, perfume, watch, and action figure if you want to add to your collection. Just make sure to stop at Spencer Gifts for all your Harley Quinn merchandise. And, don't worry, we've got more than just every day shirts and accessories for all of you die-hard DC Comics fans.

Where can I buy Harley Quinn costumes?

Right here at Spencer's, duh! Whether you need your next Halloween costume or you want to go all out on your latest cosplay idea, you can find the perfect Harley Quinn costume at Spencer's! Of course, there are different Harley costumes to choose from, so it's important to know exactly which Harley style you want to rock. If you're not sure yet, then don't worry! Here's a breakdown of our different styles of Harley Quinn costumes:

Classic Harley Quinn: Harley's signature jester style is a classic in the world of DC Comics. Made famous in the animated series, Harleen Quinzel was an intelligent psychiatrist and gymnast, with her sanity perfectly in tact--that is, until she met the Joker. Convinced she was in love with him, she turned to a life of crime and became the supervillain known as Harley Quinn--a play on words of both her name and "harlequin." Her black and red bodysuit and pigtail cap, of course, can be recognized by almost any Batman fan. And you guessed it, dear DC fans--you can find her classic jester costume right here at Spencer's!

Batman: Arkham Harley Quinn: This popular video game series gave birth to a new style of Harley Quinn with each passing game--though you see her in a style similar to her original outfit in Batgirl: A Matter of Family. From a simple nurse dress and jacket to a black and red leather outfit, her style evolves throughout the games, seemingly becoming more villainous throughout each one. No matter which costume you decide on, any of Harley's Arkham outfits are sure to may the perfect cosplay or Halloween look.

Suicide Squad Harley Quinn: Harley's appearance on the big screen gave a fresh, modern look that some fans may not have recognized. The film showed off a Harley with fingerless gloves, a large Puddin' choker, fishnet stockings, and a "Daddy's Lil Monster" style that would've made anyone do a double-take. This Suicide Squad member is one you don't want to reckon with, and when you wear our Harley Quinn costume no one will want to mess with you either. If you want to be the Joker's puddin', then you definitely want to show it with pride in our Daddy's Lil Monster shirt and property of Joker tube top. Harley's Suicide Squad look is especially fun as a Halloween costume. After all, who wouldn't want to create havoc on Halloween as the one and only Harley Quinn?

So what are you waiting for?! You can become the supervillain of your dreams when you suit up in any of our Harley Quinn costumes from Spencer's! Whether you want to show off her classic harlequin style, look as though you've jumped out of your favorite video game, or become Daddy's Lil' Monster, Spencer's is here to make sure your costume or cosplay is ready to go! Have your friends dress up as other members of the Suicide Squad, or rock your style solo--either way, Gotham City won't stand a chance!

Suicide Squad fans, Spencer’s a wide range of official Harley Quinn T Shirts and Merchandise so you can dress up as your favorite villain! Whether you want to do Harley Quinn cosplay or simply add some Harley touches to your daily life, we’ve got you covered from head to toe (including a perfectly styled blonde wig!). Part of why she’s such a popular character is no doubt due to her distinctive style. Top off any Harley Quinn look with a Puddin choker that will make you truly stand out.

Go to school carrying all your supplies in a Harley Quinn backpack, write in a Harley Quinn journal and show off her familiar diamond design with an official necklace, or one spelling out her name. We even carry Harley Quinn fragrances! You’ll find Harley Quinn costumes pajamas, wallets, hats, socks, tights, lanyards, blankets, jewelry, car accessories and much more here at Spencer’s.

Maybe you want a Harley Quinn costume for Halloween, or you’re just looking for a Daddy’s Lil Monster t shirt. Other Harley Quinn t-shirt designs include a Harley Quinn spirit board, one with her and the Joker, and even a kids’ Harley Quinn tee. Whatever you’re looking for relating to this famous Suicide Squad character, we’re your best source for affordable Harley Quinn merchandise that will showcase your fandom.

If you have any questions about any of our Harley Quinn merch or any of our other movie and TV items, we’re here to assist you. You can contact our Customer Service department by clicking the “Help” button at the top of the page or calling 800-762-0419.