We know how important it is to show off your sense of style and your original personality, and that’s why we have a selection of fake tapers and fake spiral gauges that will instantly add to your look. These fake tapers are the perfect way to see how you’d look with gauged ears, and will always create the illusion that you’re body mods are totally real. With so many options to choose from, you’ll be able to find the perfect fake taper for your style. 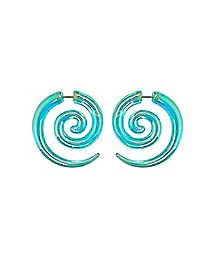 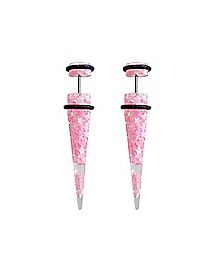 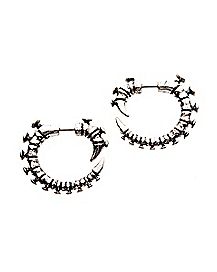 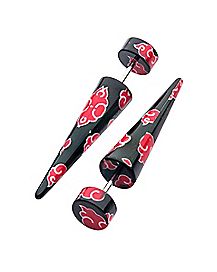 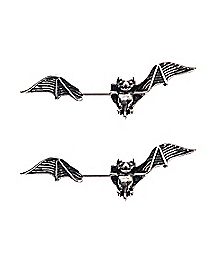 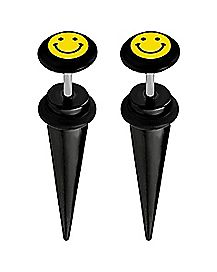 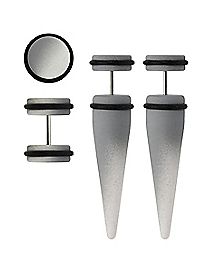 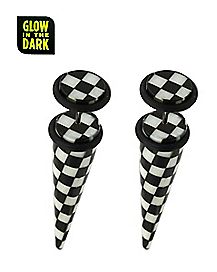 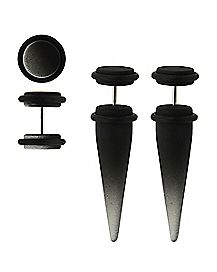 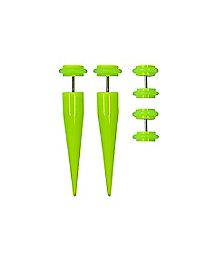 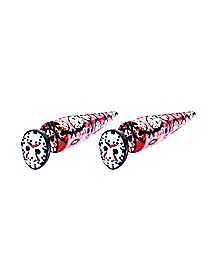 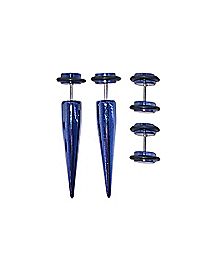 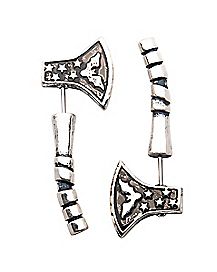 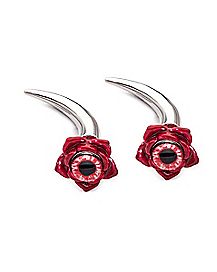 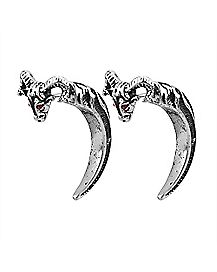 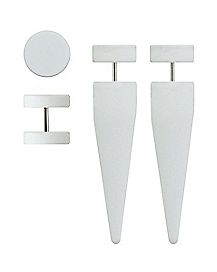 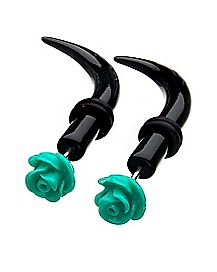 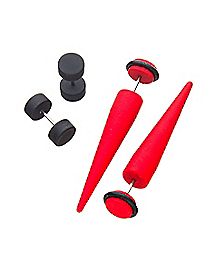 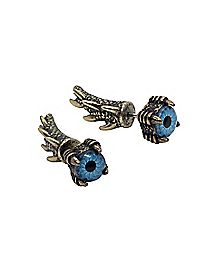 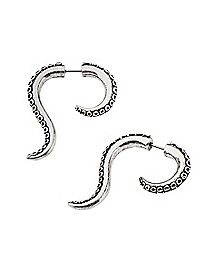 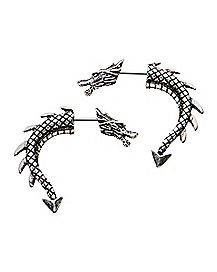 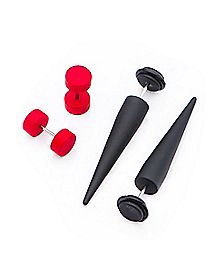 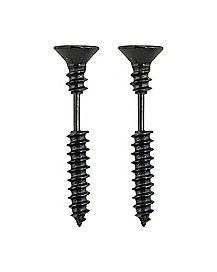 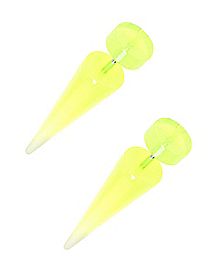 Green Fake Tapers
$9.99
28
View All 28 Items
of 2
Next
We get it; not everyone wants to permanently gauge their ears, but they sometimes want the awesome look it gives. Everyone will be shocked when they see you walking around wearing fake tapers or fake spirals that look just like the real thing! Although a standard ear piercing is required in order to wear fake tapers and fake spirals, there’s no other long-term commitment. It’s perfect for those who love to drastically change up their style!

Tapers aren’t just used for stretching your ears anymore—you can actually wear them for fashion now! And when you don’t want to have permanent holes stretched through your ears, fake tapers are the perfect option. A taper earring looks like a smooth, circular rod that starts out large on one end and gradually gets smaller until it forms a point. People typically wear tapers in their ears at the larger end, so this is the style that fake tapers take after. They go in just like normal earrings, except the point of the fake tapers, or back of the earrings, have a threaded closure instead of a typical post closure that most earrings have.

Much like fake tapers, fake spiral earrings mimic regular spirals that are threaded completely through the ears. Spencer’s fake spirals make it look as though the spiral shapes have gone through gauged ears, but, in reality, they are worn like regular earrings and have a threaded closure. Fake spiral earrings add a lot of dramatic style that can easily be taken on and off without any type of long-lasting commitment or pain.
Ready to switch up your style? Try a pair of fake tapers or fake spiral earrings and see how easily you can change up your entire look in just a few seconds. With Spencer’s wide selection of fake tapers and fake spirals along with other affordable body jewelry, you’ll always have plenty of trendy and stylish options to choose from!