Exclusive Rick and Morty T-Shirts Are Back!

Oh, jeez! Rick and Morty season 4 is in full effect and exclusive Spencer’s tees are back! OOH WEE! That’s right! We’re giving you an exclusive tee for every new episode of season 4 so be sure to check back weekly to see the newest t-shirt and experience the epic adventure with us!

Death crystals, turning into shrimp, Mr. Meeseeks, and a love interest for Morty? Say no more! We’re HOOKED on the new season of Rick and Morty and can’t wait for the shenanigans to ensue. Our first exclusive tee features holographic Rick and will take you on a wild ride every time you wear it! 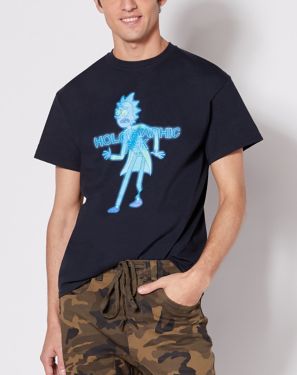 Episode Two: The Old Man and the Seat

Just when you thought Rick and Morty couldn’t get any better Rick named a planet his secret pooping place and refers to himself as  the “Doo Doo Daddy.” As if that’s not enough to make us Rick and Morty fans go wild, Glootie the alien is introduced, Rick declares war because someone used his toilet, and Jerry is still an idiot. This Doo Doo Daddy t-shirt will remind you of the secret planet for years to come. 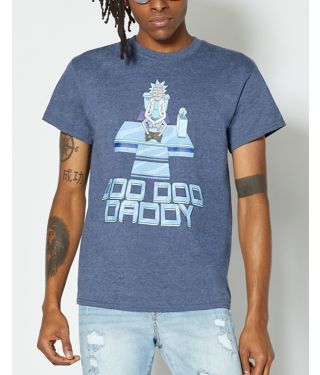 Episode Three: One Crew over the Crewkoo’s Nest

PoopyButthole returns and now he’s a professor! Stay in school, kids! In this episode, Rick and Morty attend Heist-Con, so it’s only natural for them to pull off a heist to find the Skull of Horowitz with a team of new characters called the “Knightly 8.” This week’s t-shirt features Miles Knightly, Professor PoopyButthole, and so many more memorable moments from episode three. 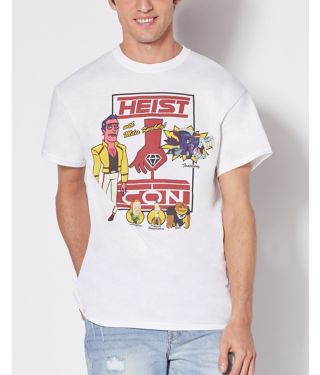 In this episode, Morty gets a dragon and Rick is mean to it by saying, “I’ll take you down like the black light poster you are.” Get it? Black light posters always have dragons on them. Anyway, not only does Morty get a dragon… HE RIDES A DRAGON and eventually Rick and the dragon drink, smoke, and soul bond together. This colorful tee summarizes episode four perfectly, and as long and you’re rockin’ it, you’ll “always slay it, Queen…” Just like Rick! 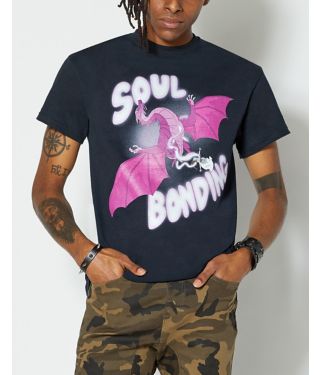 “Merry Christmas, bitch!” This Christmas-themed episode also takes Rick and Morty on a journey to snake school where they plan to infiltrate. But, to do so, Rick and Morty OBVIOUSLY had to dress up in snake suits. Morty fought back, Rick told him to shut the f**k up, yadda, yadda, and here’s the exclusive tee to remind you of the episode:

Episode Si—Wait what?! That’s it? Where’s the rest of the season?!

Don’t shoot the messenger but half of a season is all Rick and Morty could handle, and we don’t want to make promises we can’t keep, so you’ll just have to keep checking back to see if the rest of the season continues and if we keep this exclusive tee thing going. Until then, WUBBA LUBBA DUB DUB!

About the Author: Shawn Houlihan

Shawn Houlihan is a Senior Copywriter by day and a rock star by night… Well, kind of. She writes songs, sings, plays guitar, and sometimes does live shows at local bars, but it hasn’t really gotten her anywhere. You can catch her in her pajamas by 9 pm every night watching trashy reality TV and drinking ginger ale straight out of the bottle. What an animal.
Page load link
Go to Top