Interview with Steven Rhodes on His Designs, Artistic Process and Favorites

Spencer’s can’t get enough of Steven Rhodes and his hilarious designs like Let’s Summon Demons and Easy-Bake Coven, so we recently had him back on our Instagram Stories to let you ask him all your burning questions! If you missed our first Instagram Q&A with him, check it out here. 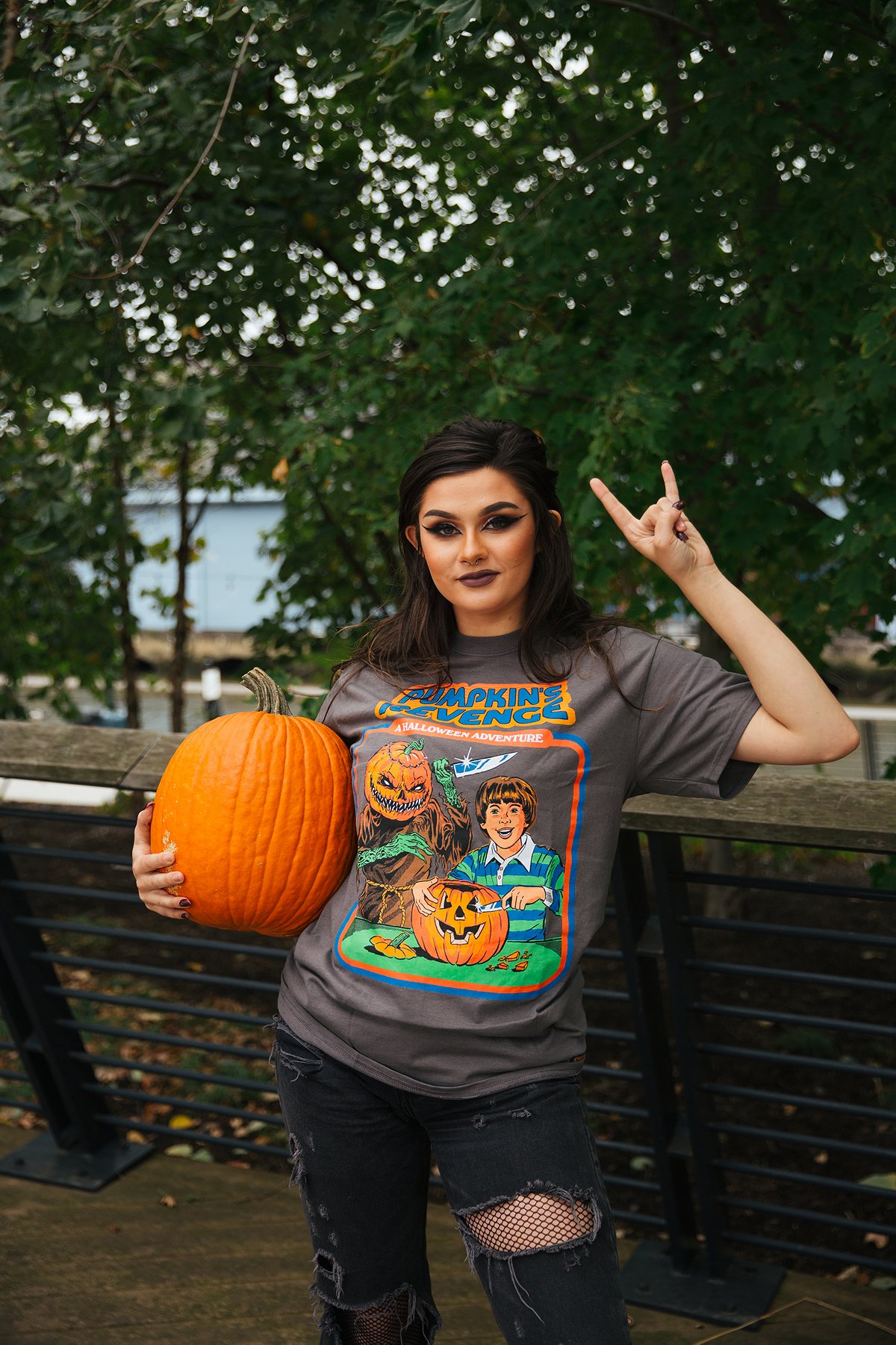 Below is a transcript of his answers about everything from his artistic inspiration to modeling for him to his favorite design. And the best news of all: There’s more of his products coming to Spencer’s! Follow Steven Rhodes @stevenrhodesart and follow us @spencers! 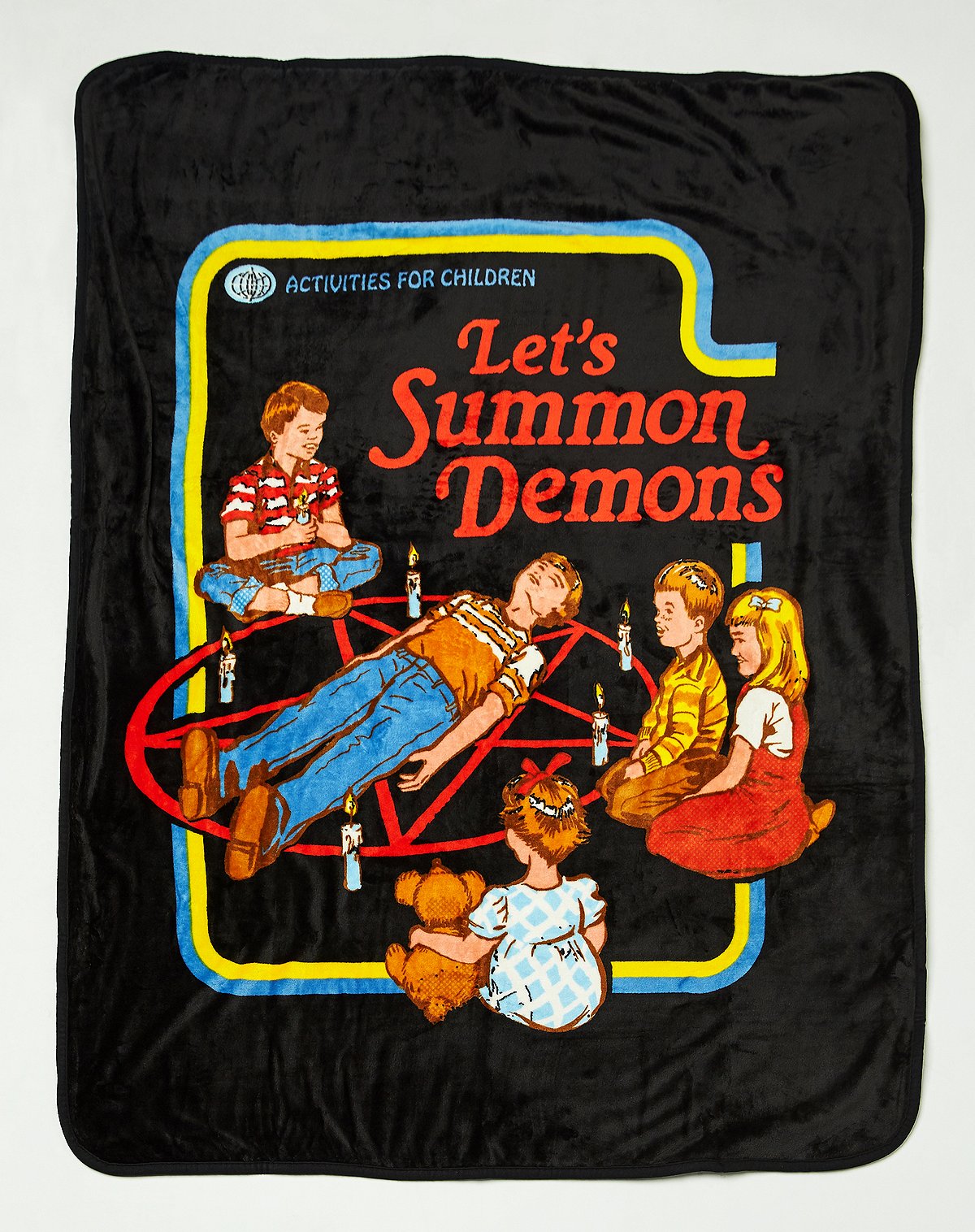 Q: What inspired you to make these designs?

A: I was a kid through the ’80s and I guess this type of graphic is very nostalgic to me. Plus I have a pretty dark sense of humor & the idea of combining the 2 appealed to me.

Q: I would like to model for you guys. How do I go about doing that?

A: Thanks! I don’t use models as such but I like to repost images where people have tagged me wearing the designs. I tend to repost the ones where you can see the artwork clearly & the pic is good quality. I have the best followers. Thanks for sharing all the awesome pics.

Q: What or who gave you the motive to become who you are right now?

A: I’ve always been an artistic person but originally I never thought I’d be able to make a living from it. I initially studied to be a landscape architect & did that for several years. Haha. It wasn’t till later that I got sick of that & really felt the need to follow my heart. So I studied graphic design, began doing heaps of illustrations & it went from there.

Q: What’s a design you’ve wanted to make but worried it might be too dark?

A: I can’t think of a specific example but there’s definitely a line I won’t cross. I try to keep them lighthearted even if the underlying subject matter is pretty dark. I’m also careful to imply violence rather than show it because you have to use your imagination. Plus it’s just funnier to me that way. 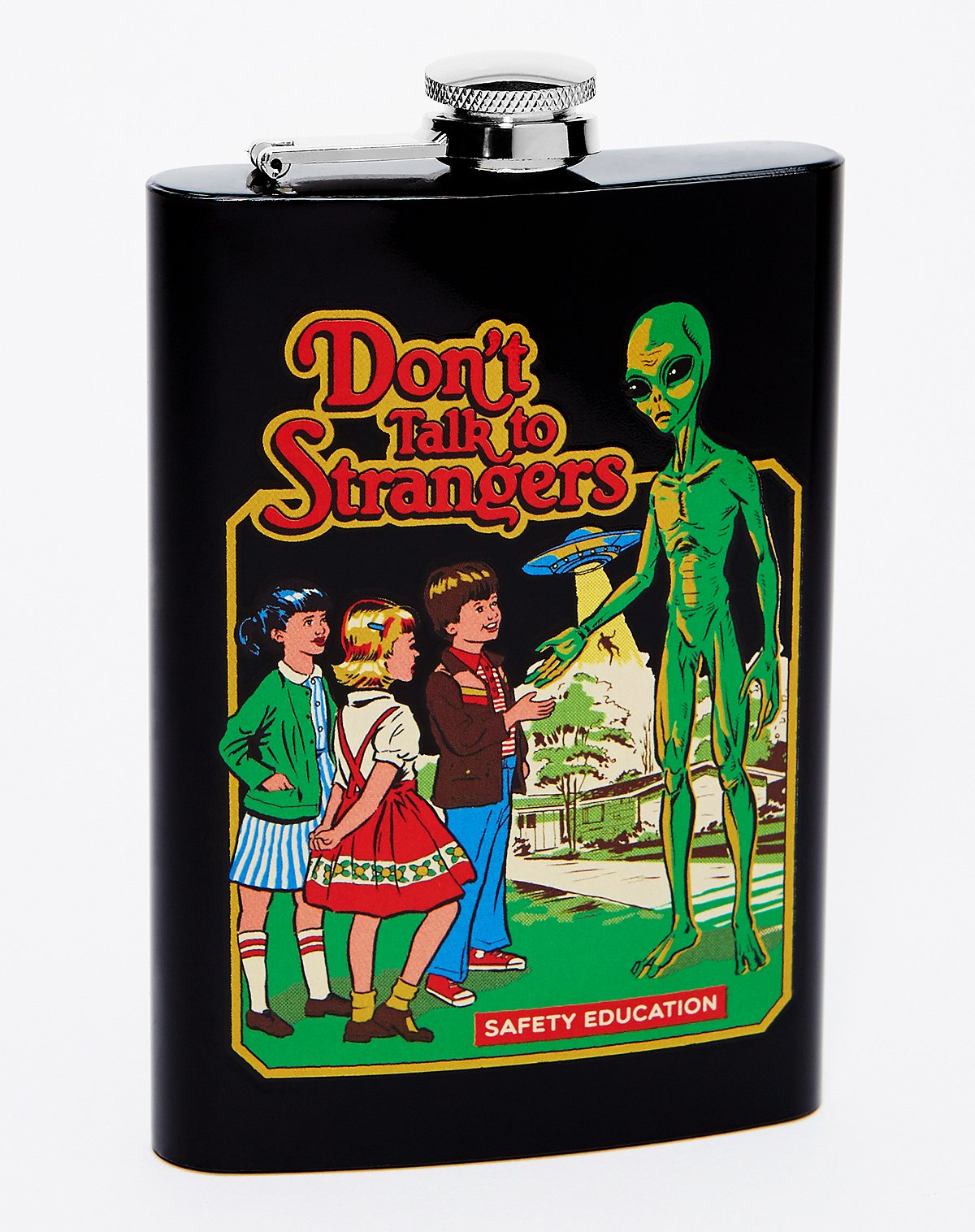 A: I don’t know if it’s my ultimate fave but I’m pretty happy with [Don’t Talk to Strangers]. I like that it’s unclear who the stranger is supposed to be. And just the overall composition turned out kinda nice.

Q: You have any favorite video games?

A: You know as much as I love old Atari and video arcade graphics I’ve never been that much of a gamer! I recently was playing Super Smash Bros with my wife & nephews and could barely stay on the platform. 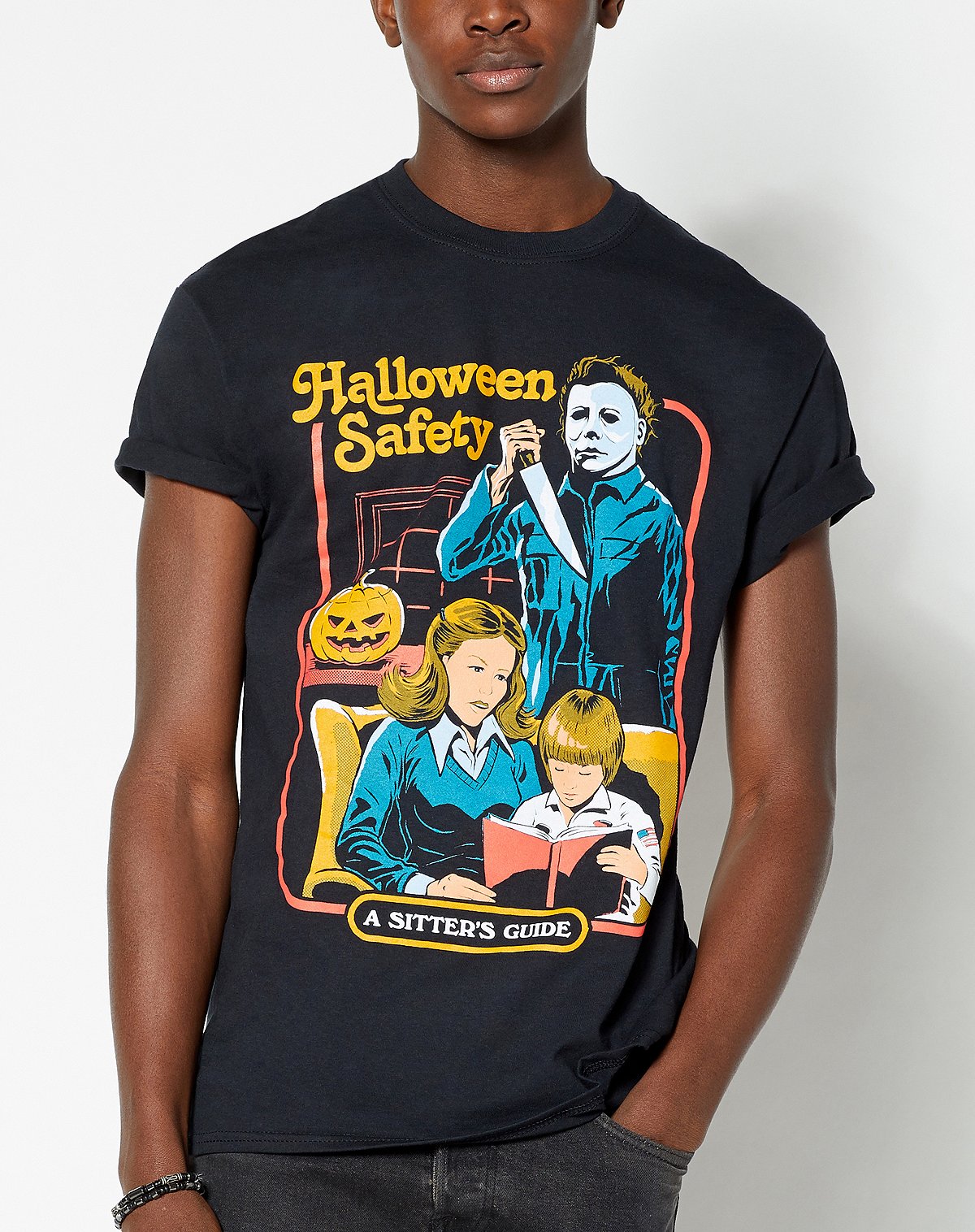 Q: Do you have any holiday themed ones coming?

A: I have a couple of Halloween themed designs that I’ll be releasing really soon…Stay tuned.

A: Probably not a straight-up horror. Maybe more of a psychological thriller but I Am Not A Serial Killer was really good.

Q: What are your thoughts on ghosts? And do you like old movies?

A: I don’t really believe in much outside of science but then again I wouldn’t want to be in an old abandoned house at night so that doesn’t really make sense. I like a lot of movies from the 70s but never really got into older black and white or Hitchcock kinda stuff. Though old film noir movies look incredible. 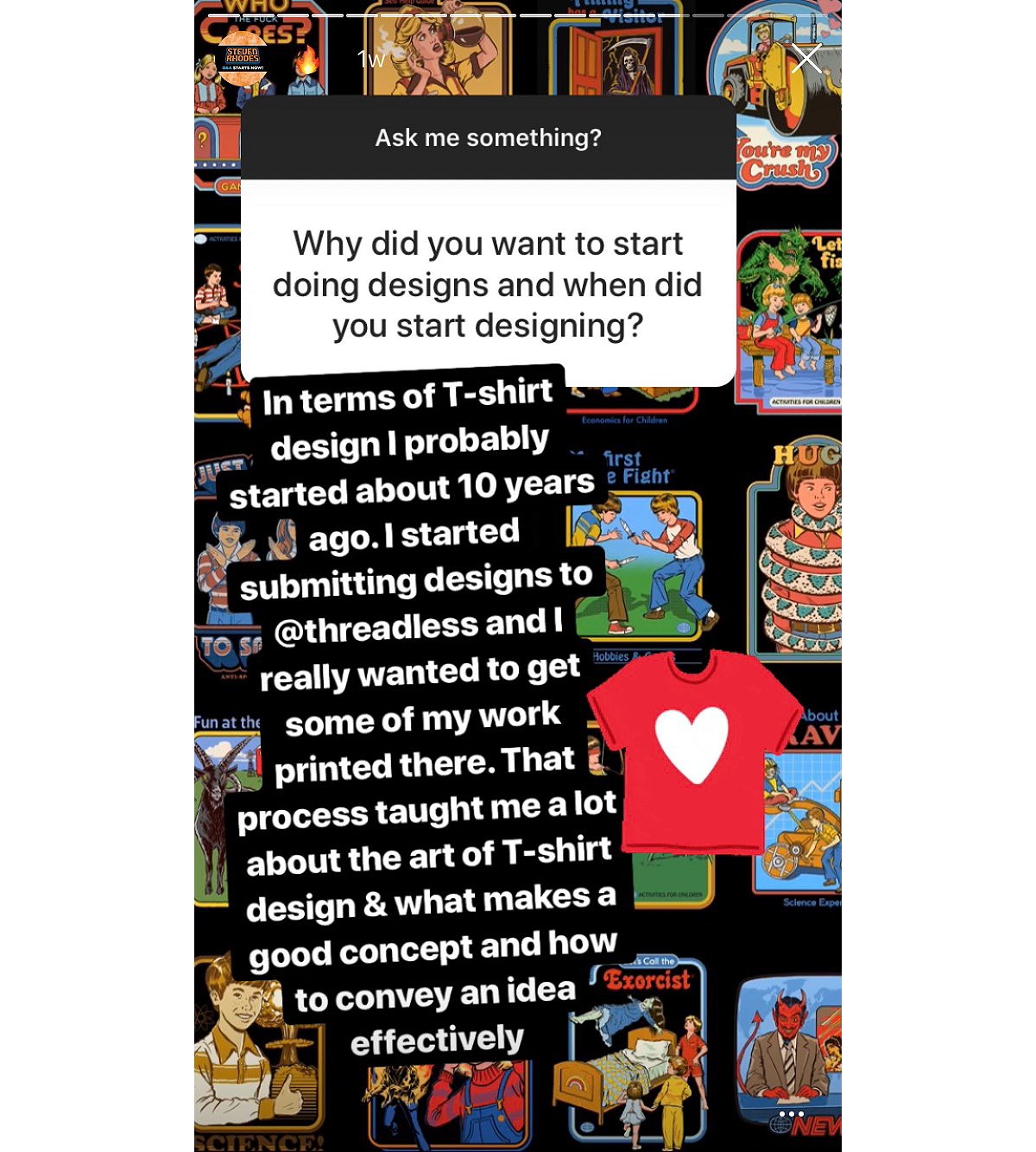 Q: Why did you want to start doing designs and when did you start designing?

A: In terms of T-shirt design I probably started about 10 years ago. I started submitting designs to Threadless and I really wanted to get some of my work printed there. The process taught me a lot about the art of T-shirt design & what makes a good concept and how to convey an idea effectively.

Q: What to do when you summon an incubus instead of a demon???

A: I’m not totally sure but maybe try and capture it with the vacuum cleaner?? 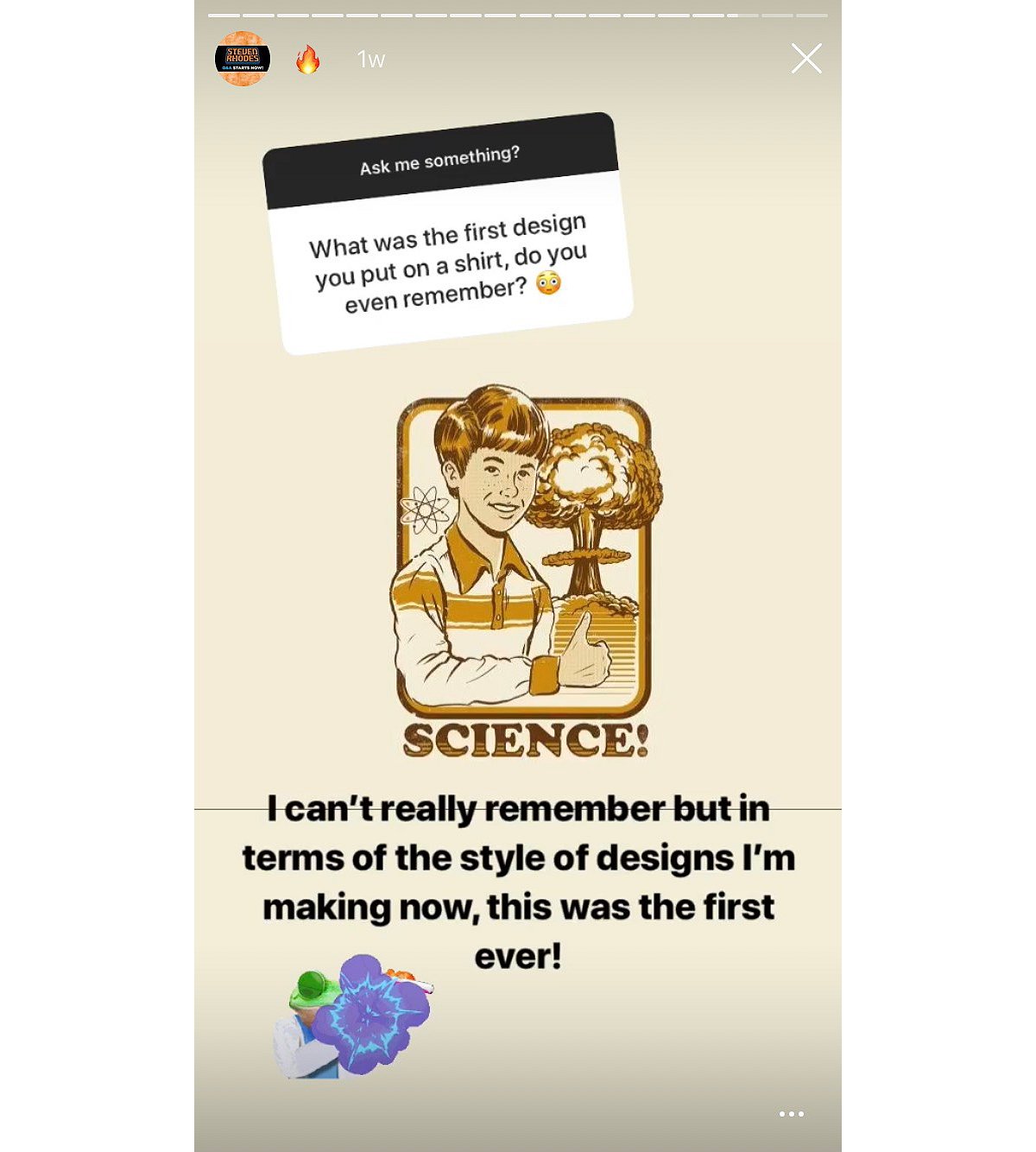 Check out all of the fun Steven Rhodes merchandise Spencer’s carries, including t-shirts, fleece blankets, glasses, hats and flasks!