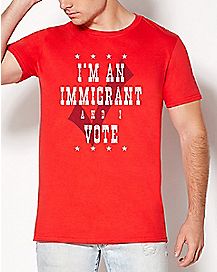 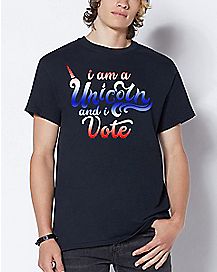 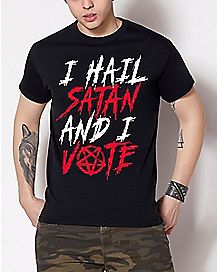 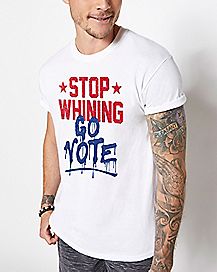 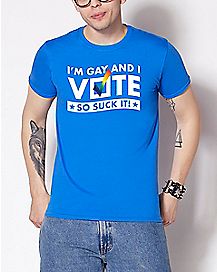 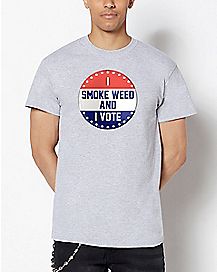 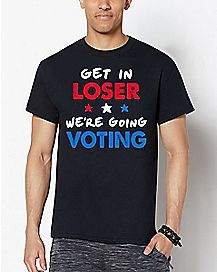 Whether you’re a diehard Democrat, a major Republican, an independent or couldn’t care less about politics, Spencer’s has a political t-shirt that will speak to your inner voter. It doesn’t have to be an election year for you to want to broadcast your political opinions, and these tees let you be as outspoken as you want to be. Whether you’re active in local, statewide or national campaigns, or would rather party the night away than align yourself with a political party, you can have fun with these shirts, which have plenty of pop culture references as well as images of the most famous figures in politics.

Donald Trump is one of the most talked about presidents who’s ever existed, and whether you love him or love to hate him or would rather see your favorite superhero or film villain in the Oval Office, our tees speak to your passionate convictions. Don’t be shy—share your ideas about the government with those around you, and you’ll either give them a laugh, make a new friend or perhaps start a rousing debate. Whatever side you root for, even if that’s Team Party, you’ll surely get noticed when you wear these Spencers t-shirts to a bar, party or your political science class!